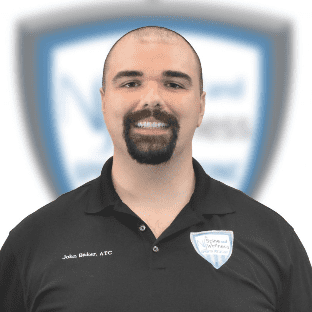 John grew up in Jamesburg, NJ before attending Rutgers University. At Rutgers, John was an exercise science major with a minor in cinema studies. Upon receiving his bachelor’s degree, John furthered his education at Seton Hall University. As a graduate student, John worked with athletic trainers in a variety of settings. These include local high schools, Fairleigh Dickinson University, Seton Hall University, and the United States Military Academy at West Point. In May 2015, John graduated at the top of his class, earning his Master of Science in Athletic Training.

John is an avid believer in self-myofascial release, and has a variety of techniques in his arsenal. Feel free to ask him any questions that you have, as John also loves to teach. In his spare time, John enjoys going to the park, practicing yoga, watching movies,
and spending time with his niece and nephew.