Understanding Stem Cells and Who Would Benefit From them: NJ Spine and Wellness: Orthopedics
877-333-6579
Patient Success Stories
Review Us & Donate $5 to Susan G. Komen

Understanding Stem Cells and Who Would Benefit From them

Stem cell therapy has shown promising results in better understanding various diseases, health issues and their treatments. However, there are numerous speculations and controversies surrounding this therapy, which has prevented people from realizing the many benefits it has to offer.

While clinical trials and research on stem cells are still underway, researchers are hopeful that these cells have the potential to treat many health issues since they have already proven beneficial in leukemia treatment. 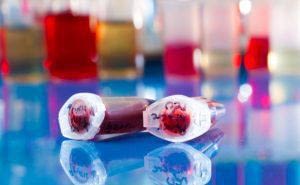 What Are Stem Cells?

All the cells inside your body have specific purposes, except for stem cells. Instead of having one specific role, these cells have the ability to become any cell that is required by the body, from brain cells to muscle cells. Stem cells are categorized into two main types:

Embryonic Stem Cells are currently being utilized in research. They are extracted from the unused embryos, which results from the procedure of in-vitro fertilization and are donated for research. These stem cells can also be harvested from umbilical cord tissue, embryonic tissue, bone marrow and adipose tissue. In addition, Embryonic Stem Cells are pluripotent, which means they can convert into other cell types.

Adult Stem Cells can be further pided into different types of cells. One type is from the tissues that are fully developed, like the bone marrow, skin and brain. These types of cells are very small in number, and are likely to generate specific cell types. For instance, the liver stem cell can only produce liver cells. The other type of Adult Stem Cells are induced pluripotent cells, which are manipulated in labs to adapt the characteristics of pluripotent cells.

Most headway with Embryonic Stem Cell and Adult Stem Cell research has been made in orthopedics as an alternative to invasive joint surgeries. This research is also breaking ground in rheumatology, cardiology, neurology and immunology.

Who Can Benefit from Stem Cell Therapy?

Stem cell transplants have been proven beneficial for inpiduals suffering from illnesses such as lymphoma and leukemia. This is due to the stem cells’ ability to adopt the roles of other cell types and regenerate damaged tissues.

The most integral use of stem cells is tissue regeneration. For instance, an inpidual in need of a kidney transplant typically has to wait for the right donor before undergoing surgery. Stem cells can be of major use to combat the current shortage of organ donors.

An experiment published by the Proceedings of the National Academy of Sciences of the United States of America in 2013 demonstrated the successful creation of blood vessels in mice after utilizing human stem cells. In two weeks of stem cell implantation, the blood-perfused vessel network was created.

Moreover, the quality of those new blood vessels was just as good as the natural blood vessels. This shows promise that a similar technique and strategy can be used in the future for the treatment of vascular and cardiovascular diseases.

Scientists are also currently researching the utilization of stem cells as treatment for brain diseases like Alzheimer’s and Parkinson’s.

For example, brain cell damage in Parkinson’s disease results in uncontrolled muscle movements. Stem cells can be used by scientists to replenish those damaged brain tissues to produce specialized brain cells with the ability to stop the uncontrolled movements.

Researchers are hoping to produce healthy heart cells through stem cells, which can be transplanted in inpiduals suffering from heart disease. Those new cells would have the ability to repair heart damage by repopulating the healthy tissues in the heart.

The same can be done for inpiduals suffering from type 1 diabetes. Diabetic patients can get pancreatic cells that can replace the cells which produce insulin.

Currently, this therapy is available for pancreatic transplant.

Adult hematopoietic stem cells are routinely being used for the treatment of diseases like sickle cell anemia, leukemia and other blood problems. These cells are produced in the bone marrow and blood, and have the ability to produce all types of blood cells, including the oxygen-carrying red blood cells and the disease-fighting white blood cells.

Burn victims have to endure unbearable pain due to their wounds, as well as frustration and irritation, even during treatment. Instead of using donated tissues, stem cells can be utilized to produce healthy new tissues.

The process can be the same as the one being used in bone marrow transplants and other such treatments where specialized blood cells are created from stem cells. Scientists are aiming to identify and remove certain stem cells from tissues and manipulate them to change the outside of the body before being transplanted back inside the body as damaged tissues replacements.

For burn victims, even a tiny skin piece can be grown progressively, enabling doctors to use it as burn cover.

Currently, the various health benefits of using stem cells are being well-documented. The continued research on these stem cells is expected to create ways for newer and improved treatments. For inpiduals experiencing serious and incurable diseases, stem cell therapy provides hope for a successful treatment or even disease reversal in the future.

We use cookies on our website to give you the most relevant experience by remembering your preferences and repeat visits. By clicking “Accept All”, you consent to the use of ALL the cookies. However, you may visit "Cookie Settings" to provide a controlled consent.
Cookie SettingsAccept All
Manage consent

This website uses cookies to improve your experience while you navigate through the website. Out of these, the cookies that are categorized as necessary are stored on your browser as they are essential for the working of basic functionalities of the website. We also use third-party cookies that help us analyze and understand how you use this website. These cookies will be stored in your browser only with your consent. You also have the option to opt-out of these cookies. But opting out of some of these cookies may affect your browsing experience.
Necessary Always Enabled
Necessary cookies are absolutely essential for the website to function properly. These cookies ensure basic functionalities and security features of the website, anonymously.
Functional
Functional cookies help to perform certain functionalities like sharing the content of the website on social media platforms, collect feedbacks, and other third-party features.
Performance
Performance cookies are used to understand and analyze the key performance indexes of the website which helps in delivering a better user experience for the visitors.
Analytics
Analytical cookies are used to understand how visitors interact with the website. These cookies help provide information on metrics the number of visitors, bounce rate, traffic source, etc.
Advertisement
Advertisement cookies are used to provide visitors with relevant ads and marketing campaigns. These cookies track visitors across websites and collect information to provide customized ads.
Others
Other uncategorized cookies are those that are being analyzed and have not been classified into a category as yet.
SAVE & ACCEPT